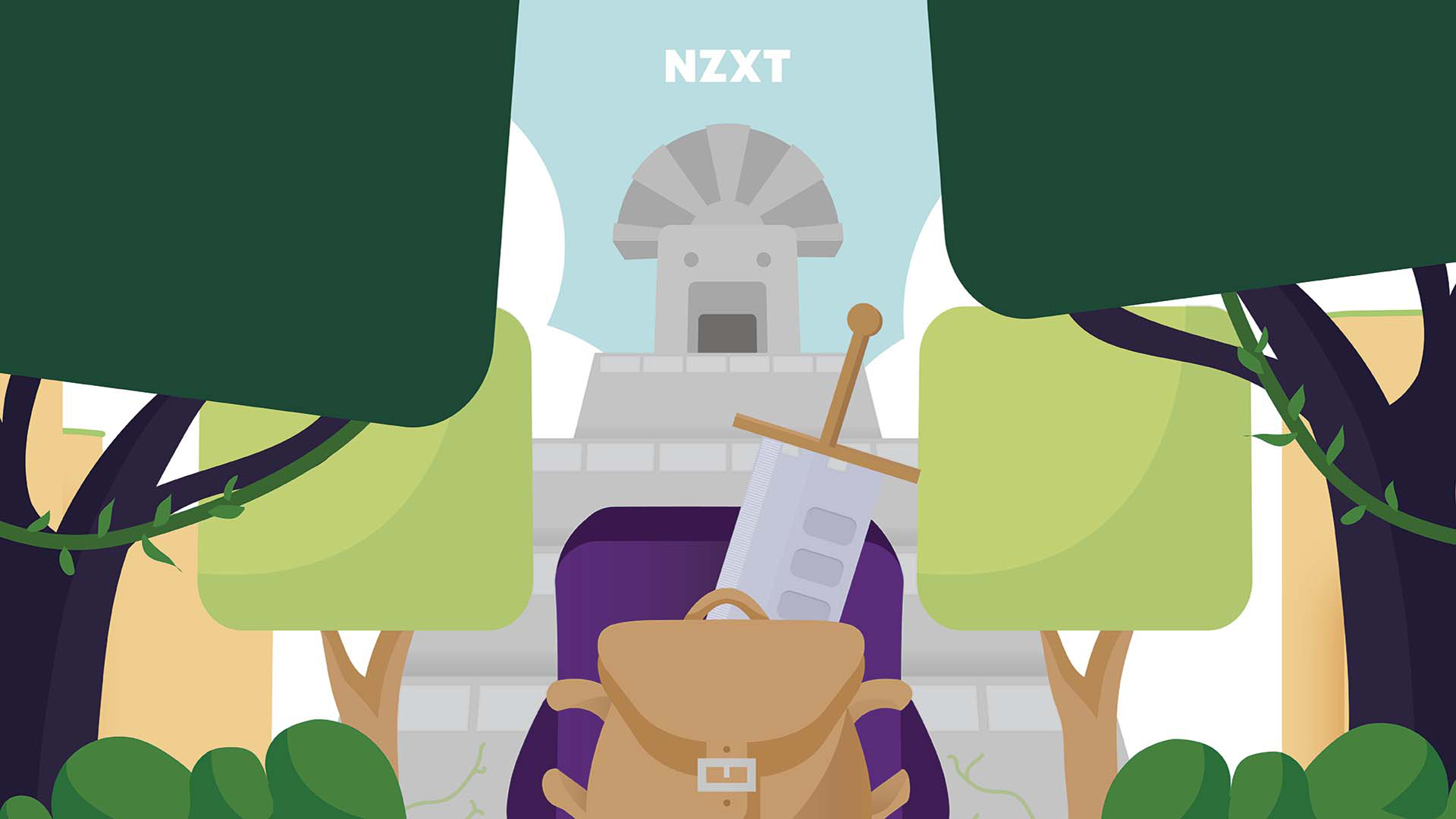 Kendal here, new Editorial Copywriter at NZXT! Three years ago I rediscovered my love for gaming. Growing up, my favorite way to unwind after school would be playing games like The Sims, Animal Crossing, and Pokémon. After I graduated from college, I jumped right back into it! Throughout the years, I’ve discovered new favorites like Stardew Valley, Life is Strange, the Resident Evil franchise, and more.

Since then, I’ve always been interested in building my own gaming PC. Prior to this, I purchased a prebuilt gaming PC because I’m not the most tech-savvy and don’t know specifics regarding PC components, what they do, etc. When it comes to the idea of building a gaming PC, I’ve always been extremely intimidated by the process! The only experience I have with anything close to building a PC would be replacing the liquid cooler in my prebuild, which was daunting on its own. 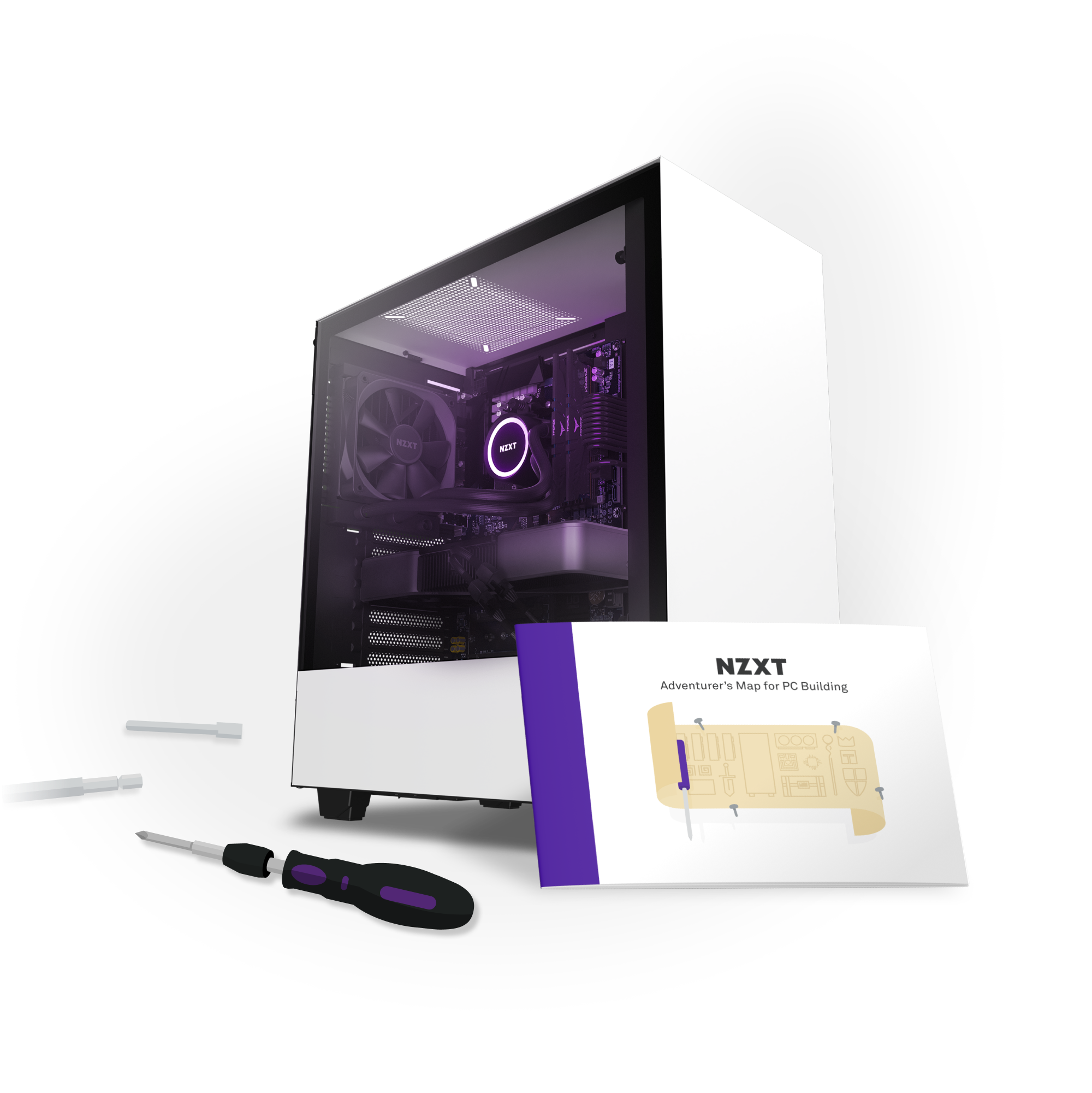 At NZXT, it’s actually a right of passage to build a PC when you join! Whether a new employee has built a PC before or not, it’s an exciting task when we start. It’s also a great way for me to connect my writing with my experiences!

When my Starter Pro BLD Kit first arrived, it took me an entire day to just open the box—I was still intimidated by the idea of building a gaming PC and worried I’d mess something up. It came in two packages – one for the parts and another for the case itself. Once I opened it, and took a look at the guidebook that came along with it, I became a little less nervous. Actually, I was starting to get excited!

The guidebook goes into every step of the process with accompanying graphics, instructions, and QR codes for walkthrough videos. As someone who is a visual learner, it was the perfect companion on my PC building adventure and it really helped alleviate my fears! No need to do a random video search on my own. There’s also an XP bar in the guidebook to help indicate the time needed for that specific step, which I found super helpful, especially since I wanted to take breaks while building. It can also help clarify how many steps are left at each level of the process.

My first expectation was how long it’d take me to put the entire BLD Kit together. I thought it’d take me half a day, not kidding. Overall, I think building the PC took around 3 to 4 hours – which isn’t bad in my eyes!

There was one step I got a bit hung up on, and that was cable management. The motherboard has so many places to plug a cable into, and I wasn’t sure I’d make it look good and organized in the back of the case. At the end of the day, it looks like a big tangle of wires, but I did it! I was just happy to have them plugged into the right spot.

One thing I did know going into a build was having to be extra careful when handling the components of the PC, but I was not expecting to have to use some force when inserting items like the RAM and GPU. Part of me was worried something would break. When it came to these steps, I went back to the walkthrough video to make sure it was okay to do so. If the person in the video had to use a little force, it was comforting to know it wasn’t just me!

As someone who can easily get overwhelmed and frustrated, like when trying a new recipe or having to do anything car-related, I feel like taking breaks helped the process be a bit less daunting. Successfully move the motherboard to the case? I took a break. Finished cable management? Took another break!

Yes, gaming PC building can be intimidating, but nothing can beat the satisfaction of plugging it in, hitting the power button, and seeing everything boot up! I did that.

Overall, I thought building a PC would be a complicated and frustrating process, but now that I’ve completed it, I’m happy to say that it wasn’t! The BLD Kit made it fun and all of the steps were easy to follow. It truly took away the intimidation factor of building a gaming PC, and I’m excited to get better at the building process–might be a fun way to spend an afternoon with my brother, who’s also a PC gamer!

I was very proud of myself for getting through this process and simply knowing that I can put a PC together. There’s nothing more satisfying than playing games on something you built yourself!

We'd love to hear about your first-time build experiences too! Let us know on Twitter!