What’s the difference between an SSD & Hard Drive? 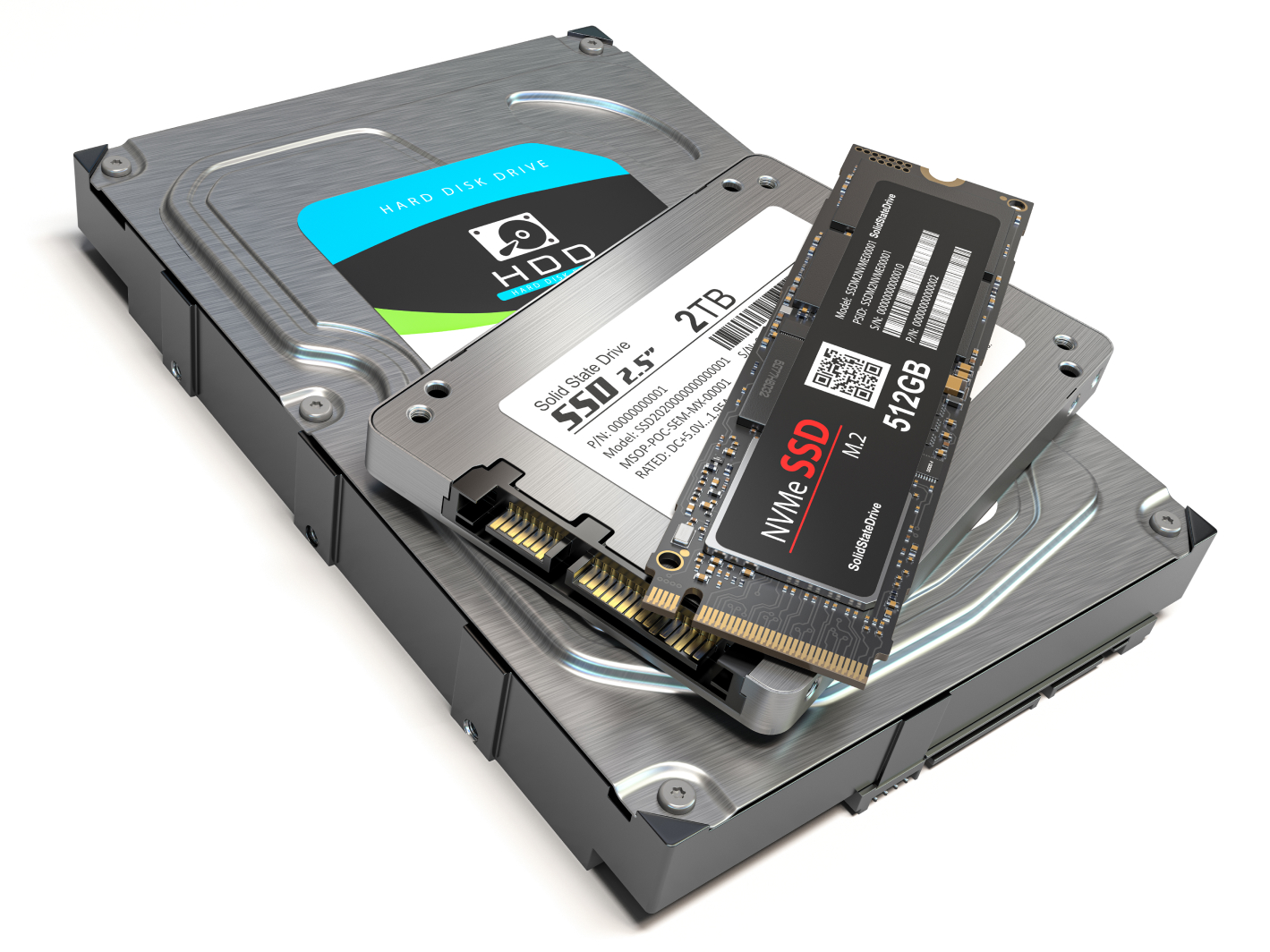 As a PC gamer, you know that storage is important. You need enough space to store all your games, save your progress, and maybe even download a few mods. But what kind of storage should you get - a hard drive or solid-state drive? If you're not sure, don't worry - we're here to help. In this blog post, we'll be breaking down the differences between hard-disk drives (HDDs) and solid-state drives (SSDs) so that you can make an informed decision about which one is right for you.

HDDs are the traditional storage option for PCs. They've been around for decades and are usually the most affordable option. HDDs work by storing data on a spinning disk. When you want to access that data, the disk has to spin up to the correct speed, which can take a few seconds. This isn't a big deal if you're just opening up a Word document, media such as photos or moviews, or browsing the internet. But if you're trying to game, those few seconds can make a big difference when it comes to loading screens, entering new zones, and more.

SSDs drives are the newer storage option for PCs. Instead of storing data on a spinning disk, they store it on interconnected flash memory chips. This has a few advantages over hard drives.

First of all, they're much faster. Because there's no disk to spin up, data can be accessed almost instantaneously. This can be a big help when you're gaming or working with large files. SSDs also tend to be more reliable than hard drives - because there are no moving parts, there's less chance of something going wrong or breaking. Plus, M.2 SSDs are very easy to install because they just slot into your motherboard. Which makes building a PC a much easier task.

SSDs are typically more expensive than hard drives, so it's important to weigh your needs against your budget when making your decision. That being said, they have come down significantly in price over the years.

So, which storage option is right for you? Unless you're on an extremely tight budget, we always recommend getting at least a 500GB SSD to install Windows & your favorite games. The additional speed from an SSD during gaming sessions alone makes it worth the extra cost. You can always get a traditional hard drive (if you need more storage) for mass sotrage of files & games you don't access as often.