Do You Actually Need a Gaming Motherboard?

POV: You've allocated all your budget to your graphics card, and you're now trying to decide if you need to shell out for a gaming motherboard 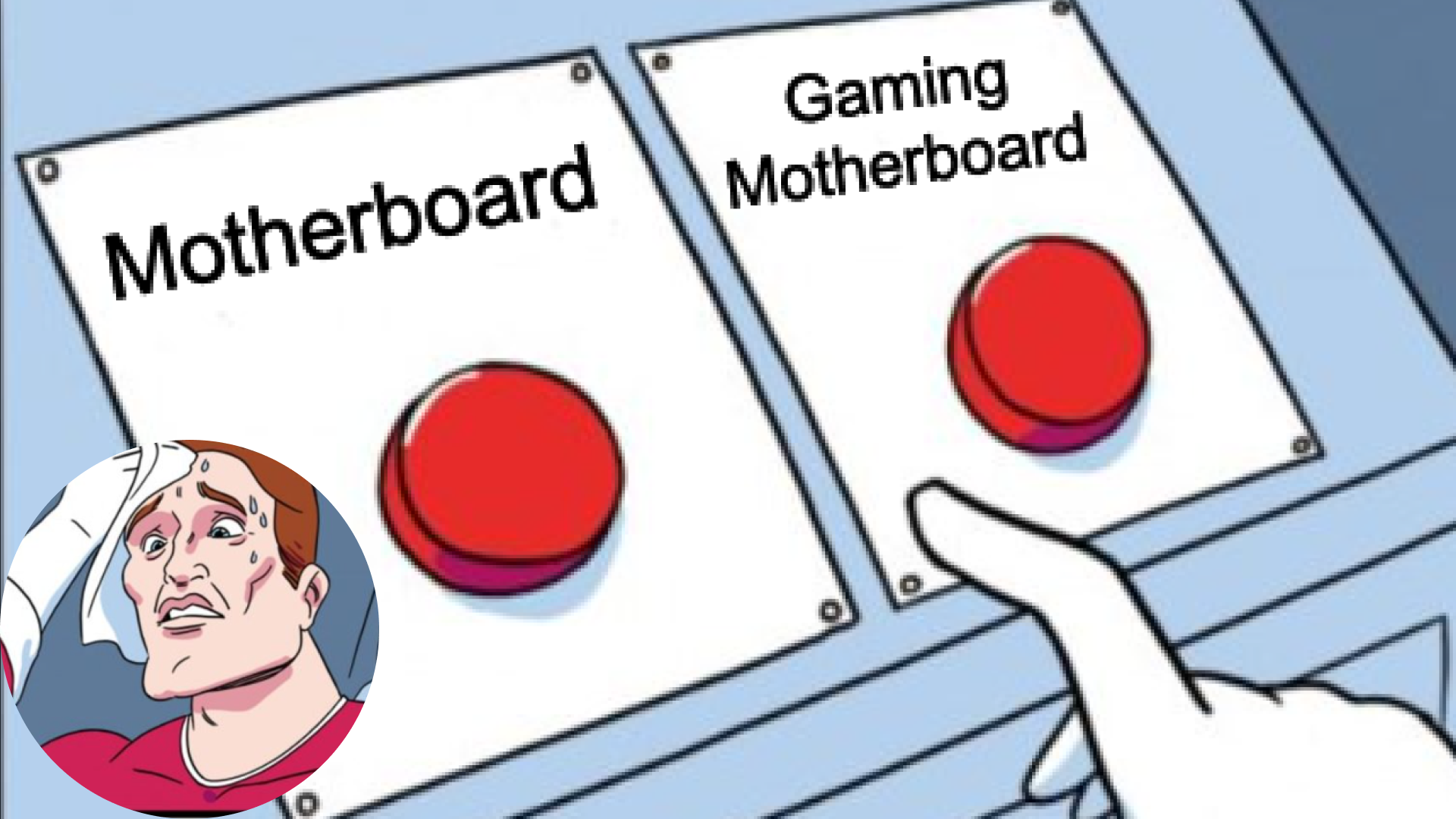 Look, we all know the motherboard is essential to a gaming PC. The motherboard in a PC build is akin to the milk in a milkshake. You can have whatever add-ins and flavors you want, but at the end of the day you need the milk to hold it all together. Okay, maybe that analogy was kinda dumb, but you get the point.

The motherboard is the central place where all of your other components plug into. A good quality motherboard will also offer features such as built-in Wi-Fi, Bluetooth, USB ports, and so on.

Now, while all that is nice, you might be wondering why you would need a gaming motherboard. After all, aren't all motherboards the same? Well, not quite. Gaming motherboards often come with extra features that can be beneficial for gamers. Let's look at the Pros & Cons.

If you're looking to get the most out of your CPU, you'll need a motherboard that can handle some serious overclocking. Gaming motherboards are designed with overclocking in mind and often come with features like beefed-up power delivery systems and extra fan headers to keep things cool.

This one is purely subjective, but many gamers prefer the looks of gaming motherboards with their flashy LEDs and aggressive styling. If you want your gaming rig to look its best, a gaming motherboard is the way to go.

Gaming motherboards often come with a higher price tag than their mainstream counterparts. If you're working with a tight budget, this may not be your best option.

While gaming motherboards certainly have their advantages, they don't necessarily offer better performance than a good-quality mainstream motherboard. At the end of the day, it's up to you to decide if those extra features are worth the extra cost.

What kind of motherboard should I buy?

There's no right or wrong answer when deciding whether to invest in a gaming motherboard; it ultimately comes down to personal preference and budget. That being said, if you're looking for features like superior audio and aesthetics or expanded expansion options, a gaming motherboard is definitely worth considering. On the other hand, if you're working with a tight budget or you don't think you'll need those extra features, stick with a good quality mainstream motherboard; it'll do the job just fine.

Now we're a little biased, but if you're looking to build with some next gen components, we just announced our new N7 Z790 (Intel 13th Gen) and N7 B650E (AMD Ryzen 7000 Series) which will support next-gen processor chipsets. Our motherboards are high-end, with all of the necessary futures you'd ever want, while maintaining a minimalistic clean aesthetic.