Do you want to figure out if a fast RAM clock speed matters for gaming? The answer is probably not - just stick to 3200MHz. Do you want to know why it doesn't matter? Keep reading.

POV: You're already stressed trying to figure out how much RAM you need, and now the clock speed is confusing you. 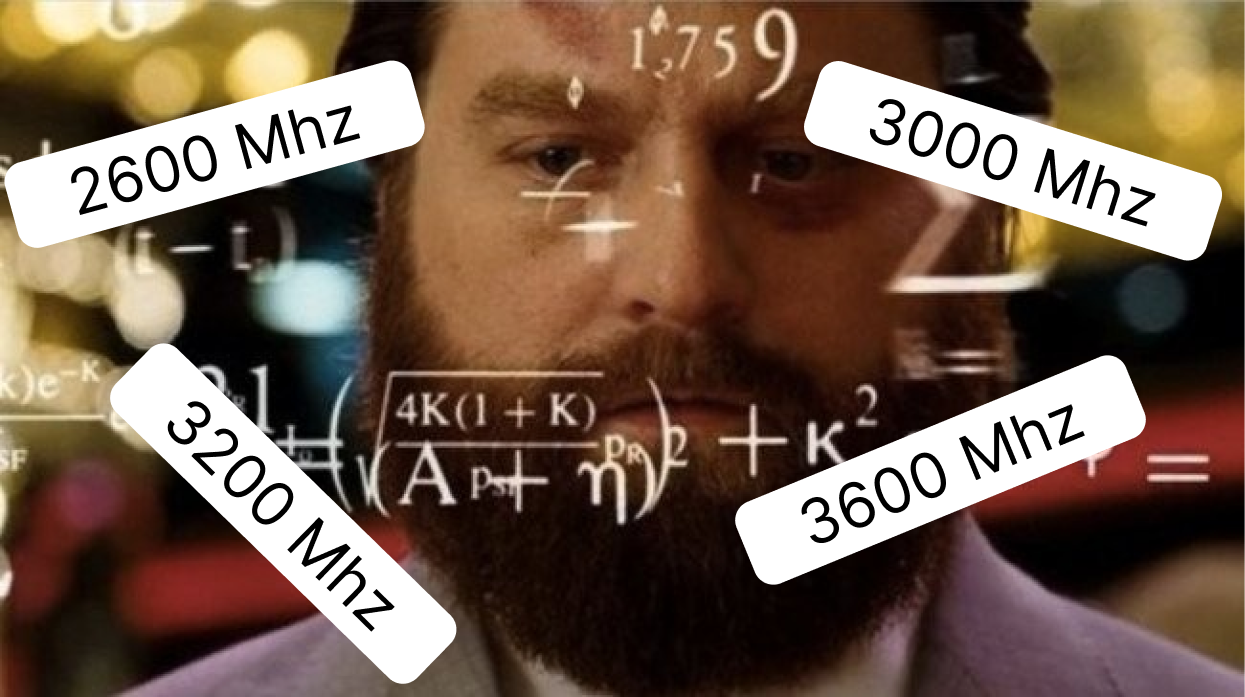 I'll be real with you - when I built my first PC, I was on such a low budget that I wanted to make sure every dollar counted. It wasn't just important that I get the best performance, but that I also have something that's worth upgrading.

So when I researched RAM bottlenecking, I mainly saw posts talking about purchasing memory in fewer sticks (e.g., x1 16GB stick vs. x2 8GB sticks) due to motherboards having limited slots for memory. But, while exploring, I came across someone mentioning how clock speed could also be a bottleneck. Being a complete noob, my immediate reaction was: 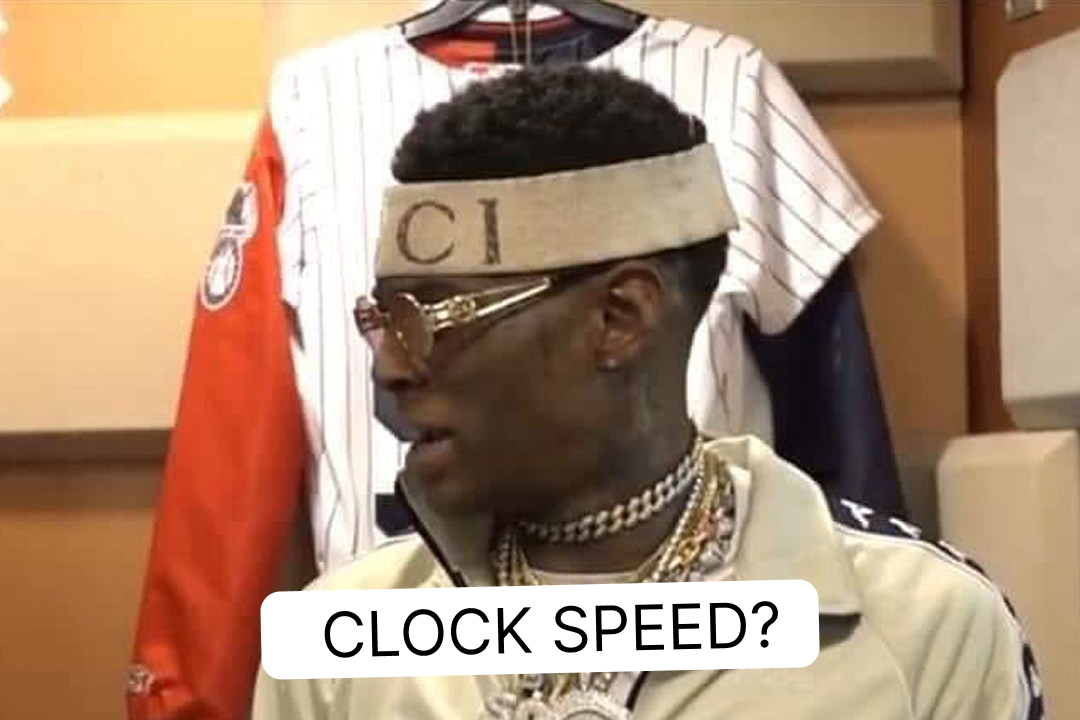 From what I learned, if you wind up mixing RAM sticks that have varying clock speeds - it can actually throttle the clock speed of the faster RAM stick. And I even read that some processors or motherboards might not even be able to take full advantage of high-clock-speed RAM.

But again, I was a noob, so I didn't even really understand what RAM clock speed was and if it affected gameplay. There are a ton of technical guides on this (we recommend this one from PC Gamer), but we wanted to give an easy-to-understand breakdown.

What is RAM Clock Speed?

RAM clock speed is the speed at which your computer's memory (RAM) accesses data from the CPU. The higher the clock speed, the more data your RAM can process per second. Most modern RAM sticks operate around 3200MHz, but you can always find some with higher clock speeds, especially on DDR5.

How does it affect my gaming performance?

RAM clock speed doesn't really make a difference for gaming when going above 3200MHz, and maybe this is a gross oversimplification that's going to get me roasted on Twitter. But just hear me out.

After some research: most tests on Intel or AMD processors resulted in minimal performance enhancements for high clock speed.

However, what holds true for both: there isn't really a benefit for gamers to go any higher than 3200MHz clock speeds, which is pretty standard for most modern RAM sticks.

There could be a case for higher RAM clock speeds doing other activities, such as video editing. However, for the most part, just sticking to 3200MHz will be more than enough for gaming. Even if you're a purist who wants the best gaming PC imaginable, divert that budget into other things that could be overkill; like dual GPU setups or 8K gaming.

Disclaimer: the information in this article could change for the newest generation of CPUs, but we highly doubt it.